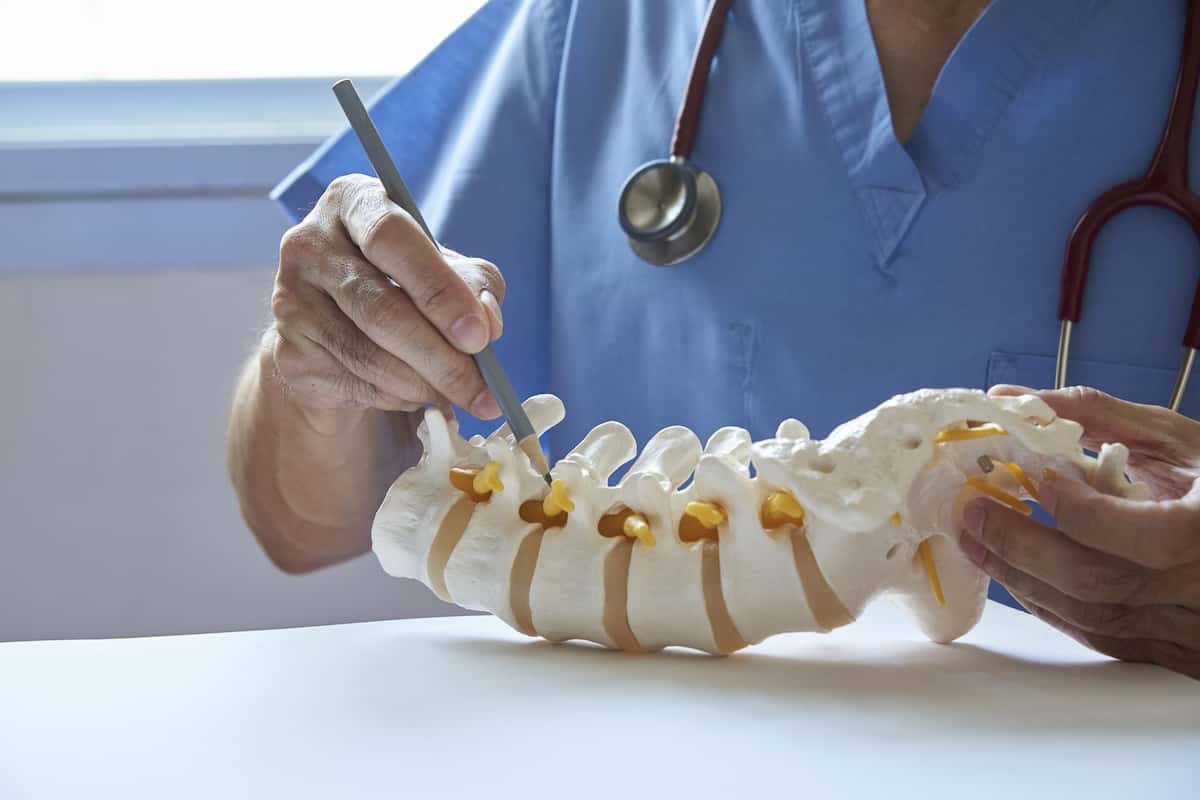 Studies have shown that about 80% of Americans experience back pain at one time or another. In some cases, this back pain can be crippling and can leave a person in agony more often than not.

If you have back pain caused by a herniated disc, spinal stenosis, spinal instability, fractured vertebrae, or some other kind of spinal deformity, it’s not going to go away on its own. You may need to have minimally invasive spine surgery to fix the problem.

One way to make some of this anxiety go away is by keeping all the benefits of minimally invasive neck spine surgery in mind. And believe us: There are plenty of benefits that come along with it.

1. Makes It Almost Impossible to Tell That You Had Back Surgery Done

One of the things that people worry about most when they’re having back surgery done is scarring. They don’t want it to look like they went under the knife when their surgery is all done.

With minimally invasive spine surgery, you aren’t going to have to be concerned about any cosmetic issues when it comes to the appearance of your back. A doctor like Gerald Alexander, MD will make very tiny incisions in your back during your surgical procedure.

As a result of this, you won’t have any scarring that takes place on your back. In fact, unless someone looks very closely at your back, they won’t be able to tell that you had surgery done at all.

You’ll feel more confident when you take your shirt off around others following your minimally invasive spine surgery. You won’t have to wonder whether or not they’re looking at scars that were left behind.

Another thing that people worry about a lot with back surgery is blood loss. They struggle to stomach the thought of losing a bunch of blood while they’re under the knife.

It would be pretty much impossible for a doctor to eliminate all blood loss during minimally invasive spine surgery. But they’ll be able to limit it to a large degree since they won’t make very big incisions in your back.

At the end of your surgical procedure, you’ll walk away knowing that you were able to maintain most of your body’s blood. It’ll be a good feeling to have in the aftermath of your surgery.

3. Reduces the Chances of Damage Being Done to Back Muscles

There are a few large muscles located in the back area. You might wonder how having surgery will affect them prior to going under the knife.

Years ago, having back surgery done often meant that doctors had to cut through some of these muscles to work on a person’s spine. But this is no longer the case!

Because doctors don’t have to make big or deep cuts during minimally invasive spine surgery, they’re able to minimize how much damage is done to a person’s back muscles. More often than not, they don’t have to go anywhere near these muscles during surgery.

This means that a person won’t have to worry about dealing with any pain caused by damaged muscles. It also means that they’ll be able to get back up on their feet much quicker than they would be able to otherwise in most cases.

4. Lowers the Risk of Infection

Any time you go under the knife and get operated on, there is going to be at least a small chance that you could get some kind of infection. Doctors and nurses will work very hard to limit the chance of it happening, but it’s important to know that there is some risk involved.

Surgical site infections are among the most common infections that people face following surgeries. About 1 to 3% of the people who have surgeries face these types of infections.

If you’re concerned about the possibility of getting an infection during surgery, you should speak with your doctor about it. You should also rest assured knowing that your chances will go down when you have minimally invasive spine surgery.

Since doctors only have to make small incisions in a person’s back during this type of surgery, you can count on your risk of getting an infection going down. At the same time, you won’t have to worry about asking, “Is minimally invasive spine surgery effective?” It’ll still be every bit as effective as you need it to be.

5. Provides People With an Opportunity to Go Home Fast

Does the thought of spending days or even weeks in the hospital following back surgery send shivers down your spine? We don’t blame you one bit.

There is nothing fun about spending day after day in a hospital after surgery is complete. Most people can’t wait to go home and would do almost anything to be able to go home faster.

When you have minimally invasive spine surgery done, you’ll get the opportunity to go home faster than you might be able to after other types of spine surgery. In some instances, you might even be released from the hospital within hours of your surgery.

Think about how much more comfortable you’ll be recovering from surgery at home as opposed to doing it in a hospital setting. That alone might make you want to go the minimally invasive route if your doctor tells you that you need to have spine surgery done.

From the second that your spine surgery is over and done with, the only thing on your mind is going to be getting things back to normal. You’re going to want to start enjoying your pain-free existence as soon as you can.

This might not be possible if you have traditional back surgery done. It’s hard to move on with your life when you’re stuck in the hospital for days and weeks at a time trying to recover.

If your ultimate goal is to recover from spine surgery as fast as possible, the only option you should consider is minimally invasive spine surgery. You’ll cut your recovery time way down by taking this approach to have your back worked on.

A doctor is often going to suggest that you stay off your feet for at least a little while once your surgery is over. You shouldn’t expect to look or feel 100% healthy again as soon as surgery is complete.

But it’s not out of the realm of possibility for a person to heal within a few weeks when it comes to minimally invasive spine surgery. You’ll be amazed at how fast your body can heal following such a life-changing procedure.

7. Prevents People From Having to Rely on Pain Medications

In recent years, millions of Americans have gotten addicted to prescription pain medications following surgeries. They’ve had their lives turned upside-down after being prescribed pain meds like:

Depending on which type of minimally invasive spine surgery you’re having, your doctor might still suggest using one of these medications. But oftentimes, people don’t have to rely on pain meds to get them through a tremendous amount of pain after having spine surgery.

As we touched on earlier, the incisions made during minimally invasive spine surgery are very small and don’t result in much pain. There also isn’t much muscle pain that will come out of this kind of surgery.

That means that people don’t have to turn to pain meds as often to reduce pain since it’s not there. They can rest and recover without having to take anything that could lead to them battling addiction.

You should talk with your doctor about whether or not they think you’ll need pain meds based on your current condition. You could very well be able to skip them altogether and not have to worry about addiction rearing its ugly head.

Has your doctor told you that minimally invasive spine surgery might be your best option for treating your back pain? You may have been skeptical about trying it before finding out about the benefits related to it.

But now that you know these benefits, you should reconsider having this type of surgery done. It can help you recover from whatever spinal issues you’re having and give you your life back again.

It can also do all of this without forcing you to spend a long time in recovery. Having this kind of surgery could end up being one of the best decisions you ever make.

Read the articles on our blog to get more insightful health advice.

5 Benefits of 24 Hour Home Care for the Elderly

Starting Fresh: How to Detox Your Body for Better Health 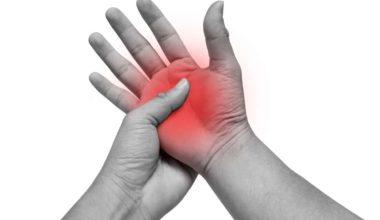 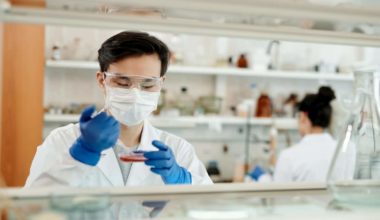 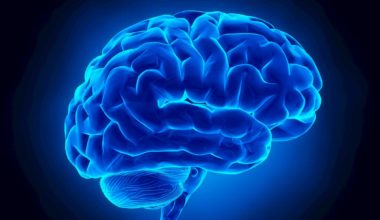 Read More
Table of Contents 1. Education2. Certification and Licensure3. Results4. Personality5. LocationPicking Your Neurofeedback Therapist One of the more…
PPain 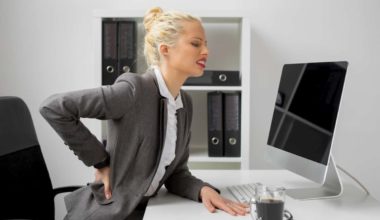 Read More
Table of Contents Check out the below article to learn more about office ergonomics1. Invest in a Comfortable…
MMedical 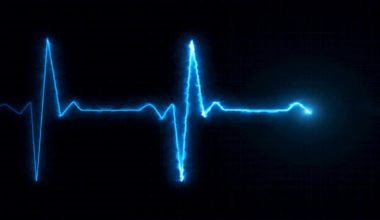 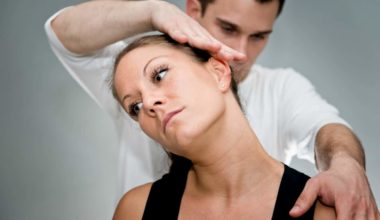 Read More
Table of Contents 1. Expect a Consultation2. Expect an Examination3. Expect a Treatment PlanConfidently Know What to Expect…