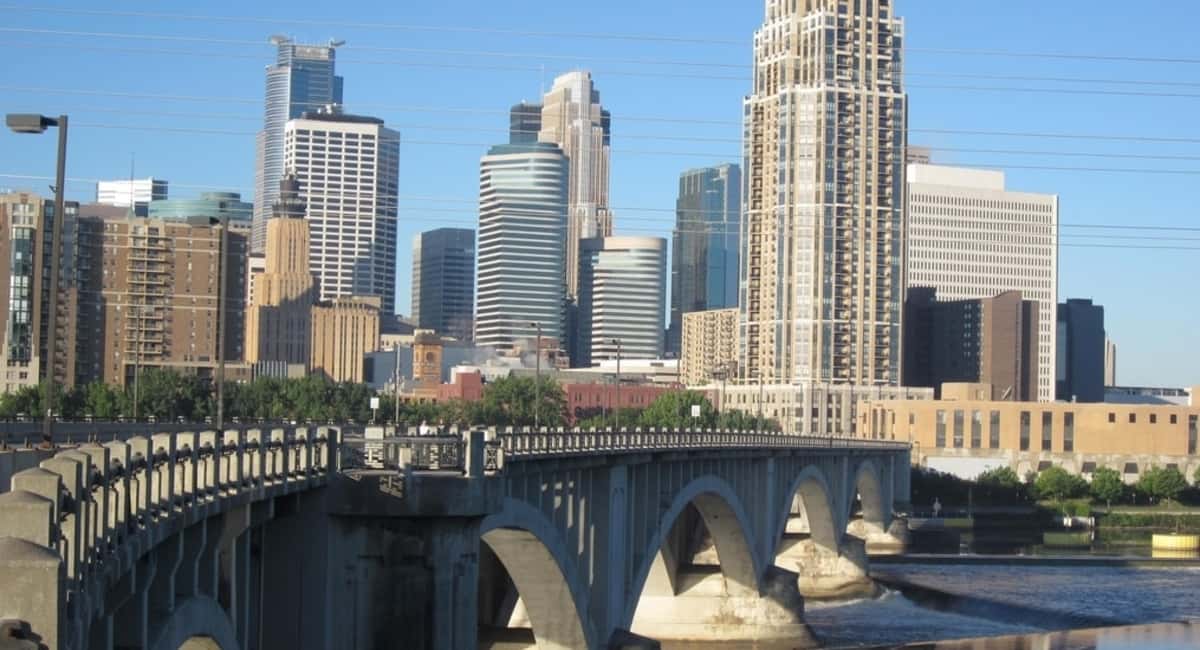 Top 5 Places to Visit in Minneapolis

For travelers hoping for a hip vacation in the Midwest, Minneapolis is the place for you. It’s part of the Twin Cities are full of a bustling nightlife, historic architecture, museums, and fabulous culture including Broadway-worthy theater.

While its name may give you a double take, the Electric Fetus is known as the pre-eminent indie record store in Minnesota. Since the 1960s, it’s served as a gathering place for music fans and counter-culturists. Aside from hard-to-find LPs, CD’s, and DVD’s, it also offers very unique gifts, custom made local jewelry, tobacco accessories, and boutique clothing. It also once had a “Streakers’ Sale” where customers could take all the merchandise they could carry–for free—as long as they shopped nude.

The Basilica of St. Mary was constructed in the early 1900s and was the first basilica established in America. It sits atop its very own block in downtown Minneapolis and is a must-see for visitors interested in historic architecture. Today, it serves as a gathering place for the local community. The Basilica displays, local, national, and international artwork, and in addition to its Catholic services, it often hosts delightful music festivals.

The Mill City Museum, operated by the Minnesota Historical Society, is literally built in the ruins of what was once the world’s largest flour mill. It lies on the historic and scenic Mississippi Riverfront in Minneapolis which also boasts fantastic restaurants and nightlife. On the Riverfront, many free outdoor festivals are also held during the summer.

The Walker Art Center and the Minneapolis Sculpture Garden. The Walker began as the private art collection of lumber baron Thomas Barlow Walker in the late 1800s and is one of the most visited (in the top five) modern and contemporary art museums in the country. The garden opened in the 1980s and is one of the nation’s largest urban sculpture parks. Its centerpiece is called “Spoonbridge and Cherry,” and it has become a beloved symbol of the Twin Cities.

Paisley Park is the estate of the late, GREAT musician, Prince, and no visit to Minneapolis is complete without a visit. Prince actually produced and performed his legendary music inside this private sanctuary. It’s now open to public tours, providing fans the opportunity to experience what his iconic life was like there.

Things to Consider When Choosing a Criminal Defense Lawyer

Read More
Traveling benefits us mentally, physically and emotionally, so you should definitely pack your bags and visit some places…
TTravel Facts

Read More
Are you on holiday in Phuket? Or are you planning a trip to this beautiful city in the…
TTravel Facts

Read More
California is one of the most beautiful places in the world.  Some consider it to be the most…
TTravel Facts

Read More
“What happens in Vegas, stays in Vegas”. Nobody is always sure where the statement originated, but it is…
LLife

Read More
Portable refrigerators keep your food fresh and drinks cold when you’re far from home. You can now equip…